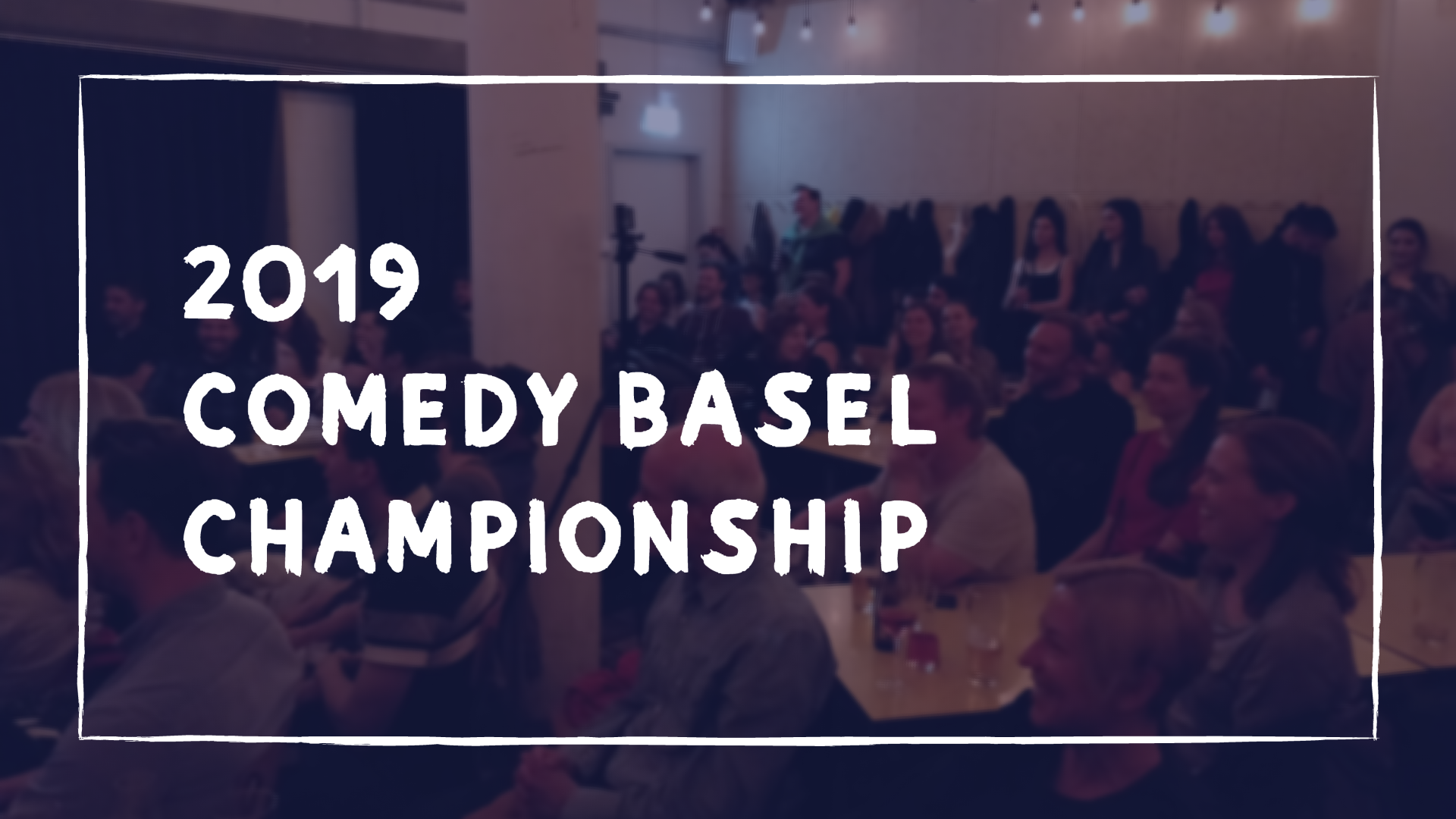 Join the 2019 Comedy Basel Championship! Entry is FREE, with voluntary donations during the show. The winner will be decided by you, the audience!

Eight comedians will compete for cash prizes totaling CHF 150. The evening will begin with two qualifying heats. In each heat, four comedians will each do a 4-minute set. From each of the two heats, two comedians will advance to the final. After the break each of our four finalists will do another 4-minute set. The winner will be crowned the 2019 Comedy Basel Champion!

Do you want to compete in front of a supportive, international audience? Just request a spot in the Discussion section of the Facebook event. The selected contestants will be announced at a later date. Eligible to apply are comedians who have performed at one of Comedy Basel’s shows in 2019: Comedy Open Mic at KLARA, Comedy Lab or Corner Comedy.

This show will be entirely in English.